From Indigenous Peoples in Brazil

Location and extension of Indigenous Lands

The majority of TIs are concentrated in the Amazônia Legal: 422 of them, with an extension of 115.344.393 hectares, or 23% of the Amazônia area and 98.25% of all of the country’s TIs. The remaining 1.75% is scattered in the Northeast, Southeast and South regions and in the States of Mato Grosso do Sul and Goiás. 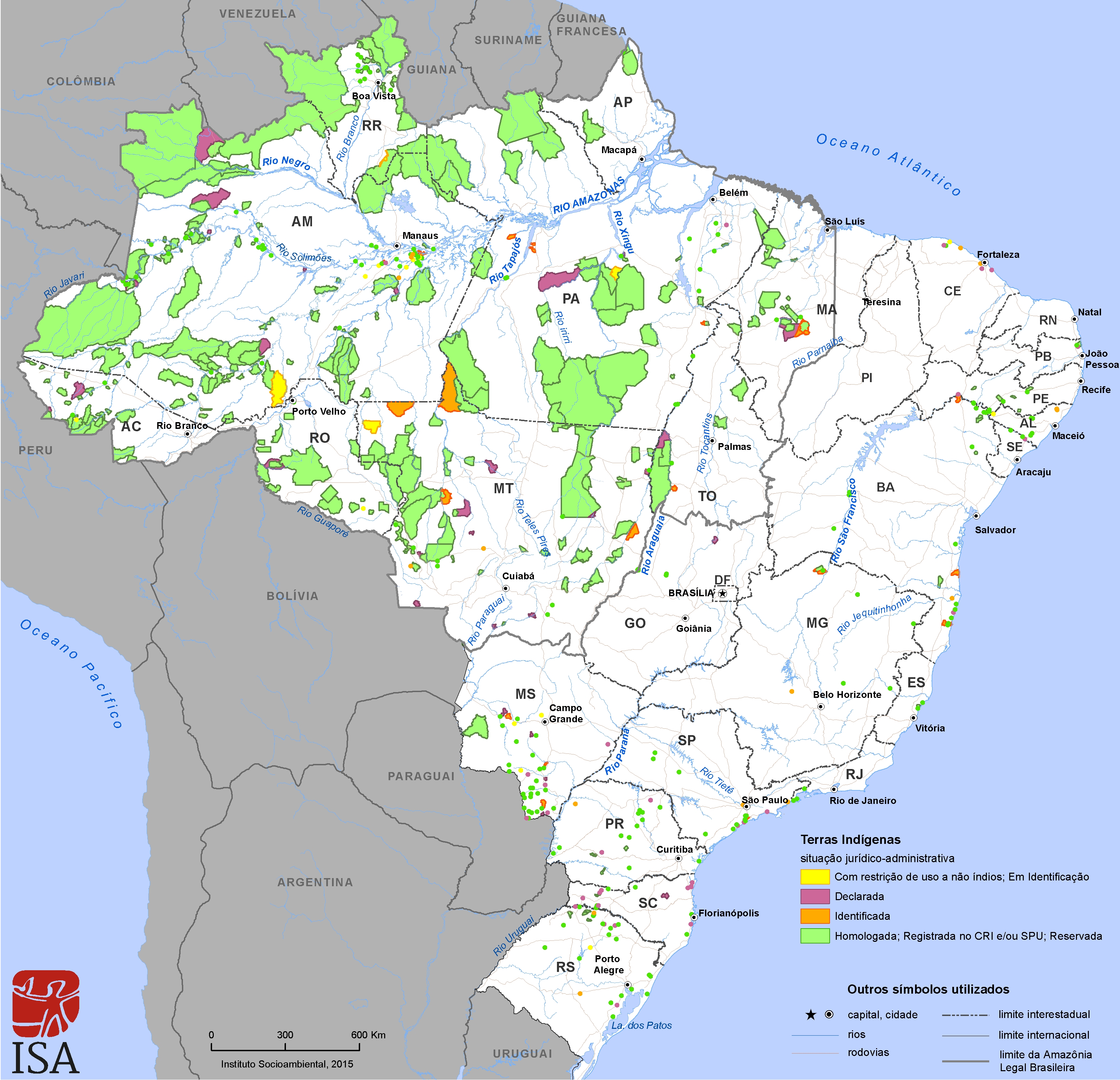 This obvious imbalance can be explained by the fact that the colonization of Brazil started on the coast, leading to direct confrontations between colonists and the local Indigenous peoples. This caused a tremendous loss of the native population and the abandonment of lands previously inhabited, most of which are now privately owned. The Indians were left with small areas, which they obtained with great effort. For example, in São Paulo, the Aldeia Jaraguá Indigenous Land has only two hectares, so their Guarani occupants do not have enough land to earn their living from planting.

There are disagreeing voices concerning the size of the TIs in the Amazon Region, crying out that there is “too much land for too few Indians". These critics forget that the Indians must live off the land. Frequently the TIs have large stretches of non-agricultural lands, and suffer or have suffered several kinds of impacts.